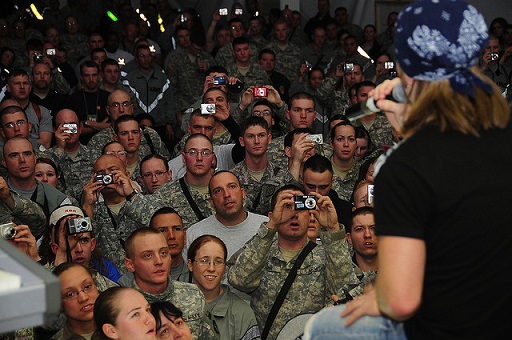 As the Robin William’s movie Patch Adams showed us, comedy can be the best medicine. When it comes to those of us with psychological trauma it can also ring true as well. It helps us by taking way the fear, anger, and guilt we experience and replace it with laughter. We eventually learn to accept the past as just that and start moving forward.

Stop me if you’ve heard this one…

One of the key factors tied to PTSD is the negative emotions and feelings tied to a specific moment or series of traumatic moments. It is these memories that continue to affect the lives of those who suffer. By addressing these memories in a humorous or funny way it takes the power away from these memories. With the control taken away from these moments it placed back into our ands we no longer have to suffer. Once you pull back the curtain and see the wizard for what it really is, it loses the hold it once had over our lives.

By sharing these memories and stories with others though comedy you’re reach out to complete strangers and connecting with them. As the saying goes “No man is an island” and what better way to connect with people than though comedy. By opening up and connecting with an audience you not only allow them into your life but also connect with theirs. While many of these strangers could never begin to understand fully the experience that these moments in time have had on us; they can none the less, start to relate though laughter. It is this connection that allows us to work though the complicated emotions and feelings associated with these memories while helping others see it as entertainment. This isn’t to diminish, or take away from the experience as a whole but only to help us come to terms with it.

The world’s a stage

One of the other major advantages with comedy when it comes to PTSD is that it gives us a safe, friendly environment to tell our tale. While sharing stories in a group or with a counselor is helpful, it doesn’t quite have the same effect as telling it as part of a comedy bit. The combination of the atmosphere, the lights, and the crowd can seem overwhelming but once you get the hang of it, you eventually feel right at home. This helps us to open up, and share things with the audience; some funny, some not so funny. The goal of any comedy routine is to connect with the audience. Once you’ve done that, it’s a feeling like nothing else.

Laughing the pain away

As it has unfortunately come to light with the passing of Robin Williams, comedians are some of the most trouble people out there. For some, making others laugh allows them to forget their own pain. By sharing it with a crowd, it allows them to deal with things they can’t on their own. This is also very true for those who suffer from PTSD, especially in the case of combat veterans. While working though their traumatic experience, they can do so through the lens of humor allowing them to address it in a different way than they normally would. Over time the humor will replace the negative emotions attached to the experience making it far less anxiety inducing.

While comedy is a great route to deal with personal issues especially in the case of those that suffer from PTSD, it’s not something than can be done spontaneously or all at once. Like many things, it takes practice and patience. Especially in regards to adding humor to what is a traumatic experience. It’s not easy to find the humor in some things and especially so with something that powerful sticking with you. But by working with it, molding it, and transforming it, you not only work though the trauma but make it yours. This is just the first step towards returning to the person you were before it happened.

PTSD is, in itself, not a laughing matter. However, by filtering it through the lens of comedy it helps the victims both move past their experience as well as allows them to share it with the world. By sharing our stories and memories with others it both helps take away the negative emotions attached to the moment as well as helps us connect with those around us. By forming these connections it allows us to begin to gain back parts of ourselves that we have lost as a result of the condition. No one should suffer in silence especially in regards to PTSD. But by bringing humor into the equations it is a step towards moving past it and moving forward instead of being stuck going in circles carrying the burden alone.

Now, for an example of ‘how it’s done,’ check out this YouTube video by famed soldier-comedian Bobby Henline:

1 thought on “How Comedy is Helping Veterans with PTSD…”