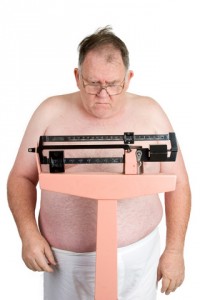 It starts with an awkward silence.  All eyes are glued to you as you walk to the stage; the littlest misstep and you’ll never live it down.  The second that your foot hits the stage, you take a deep breath, sweat drips down your brow and your palms freeze.  Stepping up the microphone you exhale and tell yourself that you’ve been here before, that you’ve only got five minutes and you can handle it.  You look out over the audience; finally its time to ease the tension, theirs and yours.

The most important part of being a stand up comedian is knowing your story: where you’re from, your background, how you were brought up, and what makes you unique.  Every detail helps the audience to identify with you and lets them get a better feel for your right to tell certain jokes.  To be a comedian you’ve got to know yourself, and you’ve got to then be able to laugh at yourself.  As one struggling comedian put it: “You don’t want to hear a rich guy talking about being poor, so why would you listen to a comic say jokes about something he never went through…stick with what you know.”

The first thing after stepping on stage is adjusting the microphone.  Is it too tall, too small, do you prefer to hold it in your hand and walk around?  I don’t.  I stand still and speak. “So…I was in the Army, and I just got back from Iraq a little while ago.” A few people usually applaud.  I’ve got their admiration and respect but not their laughter.   “And before I go on…I know there’s one question on everyone’s mind…and NO…I did not vote for Scott Brown.”  There’s a few laughs in the back of the club, it’s an inside joke and it usually only gets a laugh from the military people, but nothing too serious.  That’s ok though, you’re not supposed to start off with your strongest material.

[The comedian format goes like this:  Introduction: let them know who you are.   Feelers: toss a few jokes out there and get a feel for the audience and what you can get away with.  Builders: you begin to really get into your routine, you start with a few low-key jokes that you’ve used before and that you know will work.  New Material: if there’s any new jokes you want to try out, you try it out right after or during your builder jokes.  Main Material: these are the jokes that you’ve used dozens of times and always get laughs.  End: leave them on a high-note, your funniest joke.]

“Everyone thinks that because I’m a vet, that I voted for Scott Brown because he was in the Army National Guard for thirty years…but let me tell you about Scott Brown…”  Comedy is like writing, you need to know your audience.  Jokes about a senator from Massachusetts aren’t as funny in Rhode Island, as they are in Massachusetts.  A good tell for your joke is whether or not you have to explain any part of it to the audience.

“Scott Brown was in the Military for thirty years, during three wars, and a dozen major military operations, and he’s never gotten deployed once.  The only time he’s been overseas is when he got sent to Paraguay for two weeks.   Yeah, I know some vets that have been to Paraguay for two weeks….it’s called vacation.”  There’s the joke build up.  Every joke needs a beginning, middle, and end.  A joke should start off with a little bit of story, then a small joke, and then BAM the main joke.  The audience should never see it coming.  It’s the amateurs who go out there and pound out one-liner after one-liner.

“Scott Brown tried to get a Purple Heart for getting sunburn while at the beach in Paraguay.  I mean seriously, the only PTSD flashbacks that Scott Brown has is from when he watched the movie Saving Private Ryan in high def.”

The audience is silent.  No laughter.  Luckily the Army taught me the axiom “Improvise.  Adapt.  Overcome.”  Political jokes and military jokes can either be hit or miss; most people haven’t been in the military and even fewer have actually fought in a war.   In this situation, most comics revert back to the universal routine, the routine that fits every audience: relationship humor.   Most relationship jokes, no-matter-what, will get laughter.  No matter how bad or ridiculous they are, someone in the audience always knows what you’re talking about.  And after a stock joke or two about relationships, it’s time to bring out some of the new material and test it out.

“I’ll tell you though, before I went to Iraq I was dating this girl and, like, have any guys here dated a woman with a really strong personality?”  A few men raise their hands and then look at their dates and laugh, “my last girl friend had this really strong personality and I loved it, you know, she knew what she wanted and I always knew what I was getting with her.  But anyways, we eventually broke up and now I’m dating a new girl, and she doesn’t really have a strong personality…but she makes up for it by having three or four different ones…”  Since it’s a new joke, this is where you pause and take note of the audience’s reaction:  How long did it take them to laugh after the punch line?  How hard did they laugh?  Are more men or women laughing?

The MC from the back waves his hand which usually indicates only two minutes left.  The problem with a routine is finding the right spot between saying too much and saying too little.  You don’t want to go on stage and say ten minutes of relationship jokes, or ten minutes of jokes about politics.  You want to change it up and give a variety, but also, you don’t want to be jumping around and saying ten jokes about ten different subjects and have none of them tie together.

“Have you guys ever heard the saying that, ‘if there were a million monkey’s randomly typing on a million different typewriters, that they’d eventually type the completed works of William Shakespeare?’”  Pauses are a fine key to comedy.  It’s like the silence in-between musical beats, and the punctuation in writing.  You need to give the audience a brief moment of reflection before you hit them with the next beat, sentence, or joke.  “Well, I had a math teacher tell me this once, and I decided to start an experiment to see if it were really true, that a million monkey’s typing on computers would end up typing Shakespeare…so a few years ago, I start the experiment by inventing blogs…”

17 thoughts on “How to Be a Stand up Comedian”