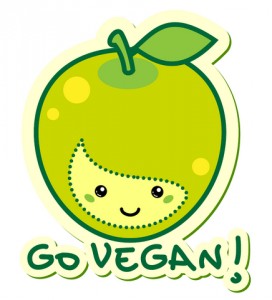 Anyone who is a vegan/vegetarian knows that the no-meat lifestyle has its benefits and pitfalls.  Raw veganism is no different.  There was good and bad.

Typically, for breakfast, I’d have a quick bowl of oatmeal, toast, and a glass of orange juice.  But as a raw food vegan, my breakfast consisted of only a smoothie, a plate of celery, and raw peanut-butter.

And I’m not saying that my typical breakfast of oatmeal, toast and orange juice weighed me down, but it’s nothing compared to the kick with my new raw breakfast.  I had energy throughout the day and could easily skip lunch if I had to.  (I think it was the food that made the difference, though, and not whether or not it was cooked.  But, I guess, to test that theory, I should eat my usual cooked peanut-butter instead and see if that makes a difference.)

Also, one of the best things about being a raw vegan was that I saved myself plenty of time by not having to prepare any of my food.  Nothing to cook, no oven timers to check, no beeps from the microwave, just wash and eat.  This also meant that I had less dishes to wash which also saved me time.  (I would estimate that raw food veganism saved me, at least, an hour a day)

The Bad: Well, for starters, I didn’t realize that bread wasn’t considered raw.  When I thought about going raw vegan, I just figured that meant that I wouldn’t cook anything up, including vegetables, but halfway through, when my girlfriend saw me eating a peanut-butter and jelly sandwich, she reminded me that bread had been cook and thus I wasn’t being a raw food vegan.  Damn it!

But besides that, nothing bad really jumps out.  The worst thing, and the most obvious, was that the food just doesn’t taste as good.  Don’t get me wrong, I love fruits and vegetables, but celery and peanut-butter is nothing compared to a grilled veggie burger and some fried onions, they’re just two different levels.  So the food wasn’t bad, but I did miss cooked foods.

I’d recommend it to anyone who’s thinking about giving it a go.