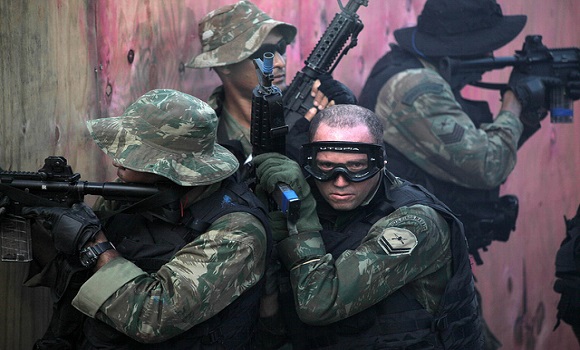 Originally an ancient Greek school of philosophy, originally founded in Athens by Zeno of Citium, stoicism teaches that virtue (the highest good) is principally supported by knowledge and that the wise consonantly live with divine Reason ruling nature. Those who follow Stoicism also remain indifferent to the fluctuations of fortune, pleasure and pain.

In the modern world, however, stoicism notably helps people cope with emotional and physical trauma, mainly through teaching them how to accept the inevitable, or what has happened, without reacting in a way ruled by their emotions.

When you break it down like that, stoicism can play a powerful role as a practical life guide. Stoicism has many applications for people who work in all sorts of industries, whether they need to become more ‘business minded’ or more motivated than they currently are. Stoicism also plays a powerful role in educating today’s soldiers about how to accept the inevitable. Not only that, stoic philosophy plays a large role in helping people become mentally tough.

To Become Mentally Tough ~ What Is Mental Toughness?

Becoming mentally tough involves more than ‘ironing out’ all of your emotions or becoming completely emotionally and nonreactive.

Mental toughness is a bevy of attributes that define how a person perseveres through various difficult circumstances, eventually emerging without breaking their character or spirit. Various professional industries essentially define mental toughness as the state of mind that ‘allows a person to attain a victory amid uncontrollable circumstances,’ which isn’t entirely wrong. In that context, however, mental toughness is defined as something to utilize in a competition and not something you can utilize on a day to day basis.

Mental toughness plays an interesting role in the U.S. Military. People, usually civilians, often associate the military with images of toughness, resilience or a type of ‘never give up’ attitude. But people also hold another common attitude toward the military: many people don’t understand how serving in the military affects the men and women there. Mental toughness isn’t something that people can ‘turn on and off.’ It’s also not a facade or a mask of sorts. It’s a mindset that people can develop over time, if they allow themselves to.

Being mentally tough, in human terms, is more about perseverance and survival. If you develop your mental toughness, you’ll eventually become more emotionally resilient and be able to push harder, further toward the things you might want to accomplish. Mental toughness also prepares us to cope with ‘whatever life throws toward us,’ helping us recover from situations that could place us in mental turmoil.

The principles of stoicism revolve around helping people understand and accept the inevitable, which allows them to maintain a strong character while remaining harmonious with nature. Becoming mentally tough can actually help people, particularly soldiers, attain this.

A startling number of soldiers, in and out of the military, eventually develop post traumatic stress disorder. This disorder manifests in people in very different ways, but it results in the same effect: PTSD inhibits how people adopt healthy behavioral patterns, ultimately affecting how they function as people. Stoicism has the potential to help those afflicted with PTSD unlearn harmful habits and become more mentally tough.

Take the following example from a video showing how the U.S. Navy Seals help trainees learn how to fight fear:

Goal Setting: This is believed to stimulate the brain’s frontal lobes, where the brain processes planning and reasoning. Concentrating on a specific goal helps the brain rein in the chaotic nature of our thoughts, while also having the effect of ‘cooling off’ the brain’s emotional center.

Mental Rehearsal: Visualization, or mental rehearsal, is the act of running an activity through your mind repeatedly. When you run through the act in ‘real life,’ it’ll come to you naturally, since you rehearsed it in your mind. By practicing something in your mind, you’re actually reducing the severity of the stress reaction you may have once you do that particular thing.

Self Talk: Most people speak to themselves, but too many people tend to relay negative thoughts and words to their minds. Self talk helps focus your thoughts, so that most of these personal thoughts and words are positive. You want to replace the thoughts that stimulate the frontal lobe with positive thoughts, potentially overriding the fear signal from the brain’s emotional core.

We previously mentioned that stoicism teaches that ‘whatever happens has happened by way of forces they can’t control, and so it has no real bearing on your character.’ That holds true for people who enter the military, afraid and unsure if they’ll be able to handle the mental and physical consequences. But as long as they’re able to follow the aforementioned four policies, they’ll be able to eventually become more mentally tough.