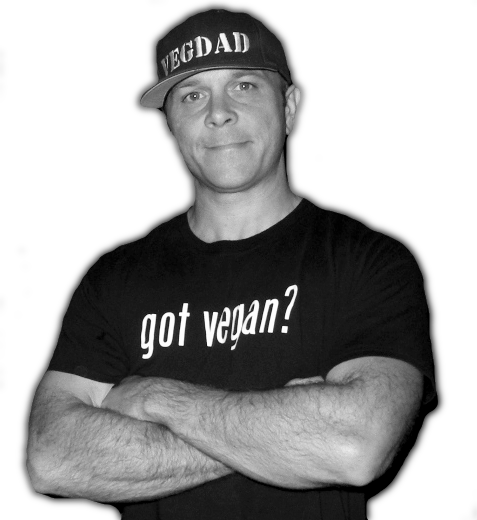 This week, instead of doing a typical blog entry, I decided to do a quick interview with John Potter.  He’s a father, vegan, and blogger at: VegDad.com.  What’s great about John’s story is that he’s a man who turned his life around, and it all started when he changed his diet.

Tell me a little bit about yourself and who you were pre-vegan:

I am 37 years old, happily married to my wife of 10 years Amanda. And I have two beautiful little girls Jewel and Jessie hence my website and nickname Vegdad. I am currently a human resources director for a non-profit health center in Oklahoma. I have worked as a graphic and web designer for 10+ years and just recently decided to make a career change for the better. Pre-vegan I was your typical soon to be middle aged dad just kinda going through the motions and eating whatever I wanted, although I will admit I was never a huge fan of pork.

Going vegan is a pretty big life decision, what was it that spurred you to change everything and become vegan?

First was my health. My blood pressure was climbing, and my weight was at almost 230 lbs. I was dealing with depression even though I did not realize it…. And I was drinking way too much alcohol. I knew I wasn’t being the best parent but had no idea how much my diet was actually contributing to my overall state of mind. I then came across the documentary “Forks over knives” on Amazon and rented it. I watched the movie on a Thursday and by the following Sunday I made the declaration to my wife and kids that I was going Vegan. I immediately purchased “The China Study” and read it cover to cover further reinforcing my commitment to my health.

How was the transition? Any bumps in the road? Any unexpected, but pleasant, experiences?

It was phenomenal. For me I began running and eventually won several 5k events and trained to a point where I could run 14 miles at one go. The only bumps was realizing that eating out was not going to be an option unless I made sure the menu had an item I could manipulate. Pleasant experiences are everywhere; I recently talked with Rich Roll via email about my transformation. It was a very humbling experience speaking with one of the top vegan athletes in the world. My energy has gone through the roof and I constantly am seeking new challenges physically… And by the way the food tastes a lot better!!!

I show them a before and after pic, then challenge them to a 5 mile run…. lol… I also utilize the anatomy of a carnivore versus a human and then ask them to go eat a piece of carcass on the side of the road next time they say they are carnivores…. I always recommend “The China Study” as a fall back. I might not be a Dr., but that book is written by one of the only Dr.’s in the country that realizes the importance of a plant based diet.

Favorite two dishes as a vegan?

Lately I have been on a vegan gyro kick…. I have not completed a perfect recipe for it but plan on posting it on my website vegdad.com once I do. My other favorite and fall back food is an Amy’s bean and rice vegan burrito for convenience. I normally do not recommend prepackaged foods, however in this fast pace world it is hard to rely solely upon whole vegan meals without supplementing a little. 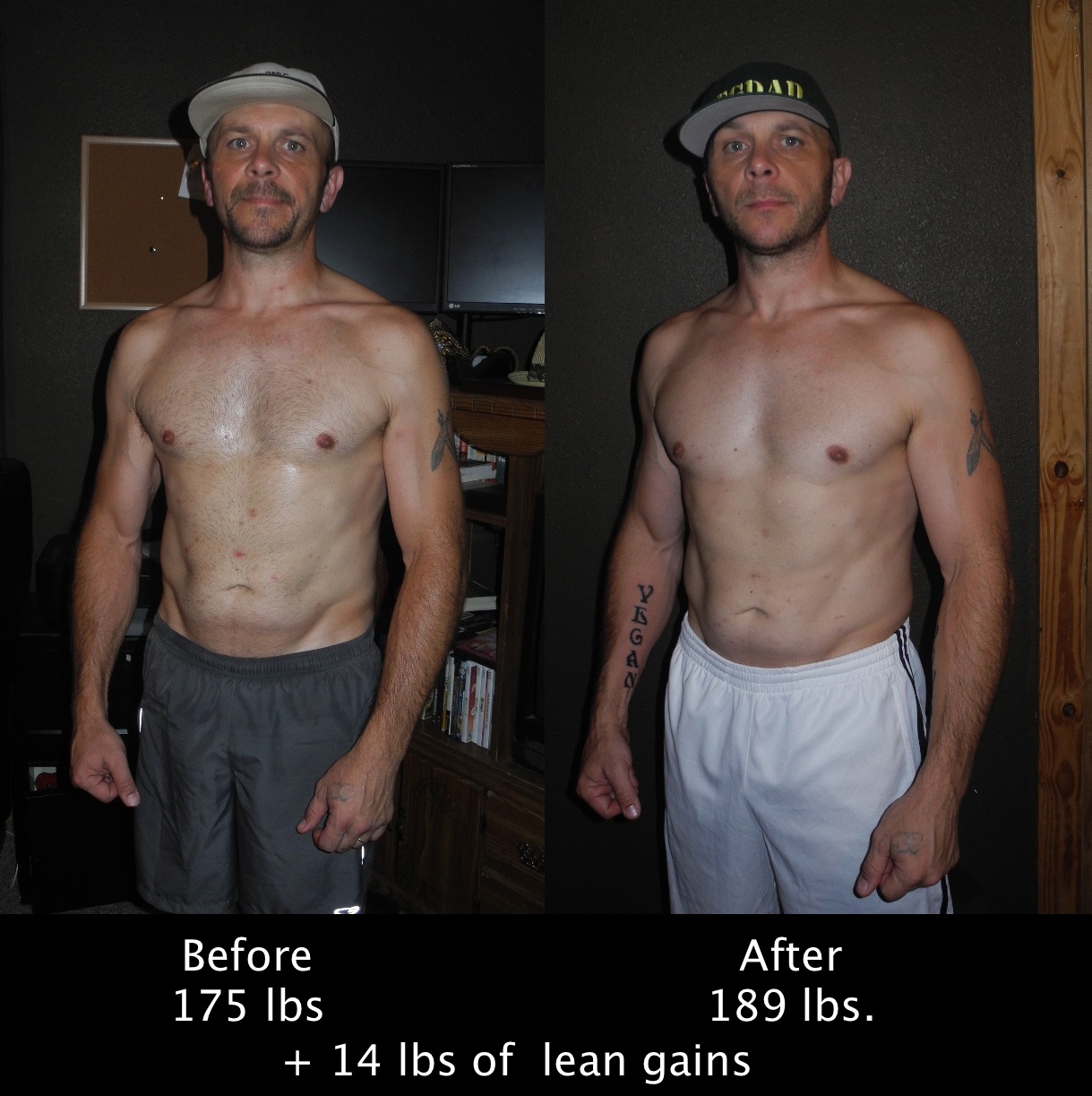 You’ve told us about your pre-vegan now tell us a little about your life as a vegan now, and what you’re up to?

As a vegan I have won several 5k events. I dropped a total of 62lbs. lowered my blood pressure to normal and as of lately I have committed to becoming a vegan body builder. I packed back on 20 lbs. of which 14-16lbs are lean muscle gains. I started my blog vegdad.com and with my bodybuilding background I have started seeing a huge interest in younger vegans wanting to get big on plant based protein. I am currently considering writing a book on how middle aged men should consider my journey for their families’ sake. My wife and kids have been awesome, and my children eat more vegetarian daily. I am not sure if it was my being vegan that led to me become a Buddhist or vice versa. All I know is that the good karma that is in my life right now is awesome and the compassion that I feel for my fellow human and animal brethren grows daily.

Any final tips for the new vegans out there?

Research, research, research! Don’t listen to the carnivores. If someone says you can’t survive on it, know that you can as long as you do it right. Chips and coke are vegan, however six months of eating that way you will become the stereotypical representative of vegans (sick and pale). Eat right, eat diversely, take a multi-vitamin, get exercise and support the cause, support the planet, and support the future. Vegan Power!