Since my latest blog post about military time management, a lot of people have sent emails asking for a longer description of the military’s CARVER system.  So I decided to elaborate.

As stated in my previous post, the military’s system of time management is broken up into the CARVER system.

Take your goals and rate them within the CARVER system.  Ex:  Say that you want to loose 20lbs, and you want to learn to speak French.  In the CARVER system, you would take the goals and start off by rating it within the Criticality category.  Let’s say that someone is more concerned with losing weight then learning French.  Losing weight may bet a rating of 4 and learning French may only get a rating of 2.  Then someone would rate their goals within the Accessibility category.  How easy is the goal to reach?  To lose 20lbs a person would have to buy new healthy food, they’ll have to get a gym membership or some type of weights.   To learn French a person may only need to purchase a few CD’s or a book.  The person would then continue within the rest of the categories and see where each goal rates.

(The higher score the better.)

So based on CARVER a person who has the above goals, should put their focus on losing 20lbs – that’s the most important goal with the highest reward; the next goal to be focuses on, or to be focused on simultaneously, would be cleaning the House – since it can be done quickest and easiest with the highest return.

Part 1 of the CARVER system 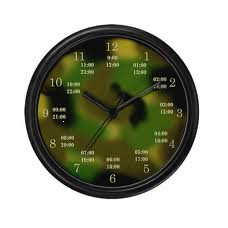