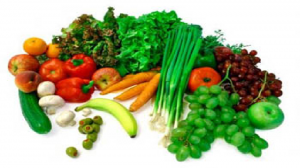 The immune system attacks healthy tissue when an autoimmune disorder is present. Pain, swelling and stiffness result from the assault on the lining of the joints that occurs when Rheumatoid arthritis (RA) is present. A link between RA and diet has not been established clearly and there are not official guidelines for it but there is an indication that eating a diet without animal products can make the symptoms less severe, especially when there are sensitivities to specific foods. A vegan diet might aid you to have a longer healthier life.

The body will produce antibodies when you eat something that it sees as a danger in order to fight the attack. The inflammation causing pain from RA results from the processes that are triggered. Certain foods, particularly those of an animal origin cause antibodies to be produced in those with Rheumatoid arthritis.

Unlike a vegetarian diet which removes only meat from the diet, the vegan diet removes all animal products and is thought to prevent strokes and heart attacks in those suffering from Rheumatoid arthritis.

The center of vegan meals is rice, millet, corn, sunflower seeds, and vegetables. The main source of calcium is sesame milk and the vegan diet is made up of ten percent protein, thirty percent fat and sixty percent carbohydrates.

Things to Remember with a Vegan Diet

There are some things to keep in mind when you consider changing to a vegan lifestyle. There can be deficiencies in the nutrients such as calcium and vitamin B12 unless you follow a careful plan for menus. You should consult a professional before you make serious changes to your diet. Four food groups should be emphasized with a vegan diet:

It is also recommended that you take a multivitamin daily. It is easier to transition to a vegan lifestyle to help deal with your RA when you do it a little bit at a time. There are some foods that you can add little by little to your diet and obtain key nutrients:

Broccoli, collard greens, soy products, fortified juices and kale all give you calcium.

When it comes to Rheumatoid Arthritis symptoms, eating a vegan diet can go a long way to reducing the pain associated with inflammation by reducing the response of the immune system to things that it mistakenly considers to be harmful.

Tammy Mahan has worked in the healthcare field for over 20 years. She enjoys sharing her knowledge with Healthline.com.