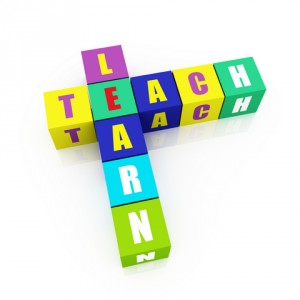 When a person joins the military, his first taste of discipline is external. His drill sergeants assume that he has no self discipline and thus seek to install it;  left to his own devices, the soldier, sailor, or airman would be slovenly and too self absorbed to succeed.

Had the new recruit chosen another life, college or a civilian job, his time away from the classroom or the shop would have been his own. He could have decided on his own when to get up, when to study and what to do after hours. No one would have spoken to him about the shine on his shoes and the length of his hair.

This is not to say that the young civilian would not find discipline in his life. He would also be growing as a person and realizing that he must please his boss or his teacher if he ever wanted to succeed. However, his path to maturity can be slower. The military man has gone into a demanding profession. His country depends on him for its very survival. He is going to be asked to risk or give his life for his fellow soldiers and for the nation. He has to grow up fast and be ready to do things that lesser men cannot.

So his first days in the military, aren’t pleasant ones. Discipline must be ground into him. He has to gain physical strength, endurance, knowledge, and spirit quickly. Day by day, morning and night, he is pushed to do more than he thinks he can. He is forced to stand tall and look sharp. He must run everywhere and never give an excuse for failure.

At first he is forced to do these things. He is watched, yelled at, and punished for every infraction. Bit by bit, though, he starts to internalize the code of the military. He starts to care if his fellow soldiers succeed or not. He starts to care about the military code. He stands tall, not because someone has told him to, but because of the pride inside him. He is fit and ready for the hard life ahead of him.

This determination and spirit does not leave the soldier when he leaves the military. He approaches tasks in the civilian world with the same self discipline that he acquired years back as a nervous young recruit. Now he is a confident individual, ready to tackle the projects that those around him fear are impossible.

He knows, first of all, the value of organization. He can put things into perspective. He sees that the impossible project is only a series of little tasks.

He learned long ago that self discipline is the first step towards leadership, and now he is ready to step to the front of the group and assign those tasks to others.

He realizes the importance of following through on a task and following up on the people assigned to it. He knows that the self discipline that rests in his breast may not be present in his non-military team mates. He is ready to lead by example or push from behind. Whatever the moment requires, he can do. He is not afraid to praise or to punish. As the job nears completion, he sees that same spirit of comradeship and pride beginning to grow the same way it did for him when the military taught him all about self discipline.

Looking for a good book on military discipline? Then check out the book “Unleash the Warrior Within,” by former Navy SEAL Richard Machowitz. It’s one of my favorites!

How to Build Your Self Discipline

13 thoughts on “What the Military Teaches About Self Discipline”