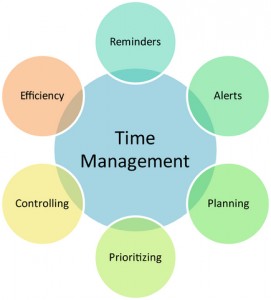 This can be useful as a way of looking at goals.  If a person has a larger goal, in order to reach that goal, they have a lot of little goals that they, most likely, have to accomplish first.  This is the same as the military strategy of mission and targets.  To accomplish a larger goal, a person needs to know exactly what it is.   What’s the mission?  What is trying to be accomplished?  A new job? More money?  Better health?  You need to know what the mission is.  A soldier always knows what his mission is—and if he doesn’t know, someone screwed up along the chain of command.

Once the larger mission is established, we need to establish a series of targets that we need to get, take down, achieve, destroy, etc; in order for us to achieve our mission.  There may be as many as ten, twenty or thirty targets, or as few as five, three, or even just one.

Make a list of all possible targets that you’ll need to accomplish in order to achieve your goal.  Let’s say that you want to lose thirty pounds.  In order to complete your mission, you’ll need to accomplish certain targets, some examples might be: Get a gym membership, buy some weights, throw out all the junk food in the house, start that first day, keep it up for a week, lose that first five pounds, get a personal trainer, eat healthier, run everyday, etc.  These are all targets that, once accomplished, can help lead you towards achievement of your ultimate mission.

Now, once you have all your targets picked out, you’ll need to refer back to the post I did on the CARVER system—basically, the CARVER system is a military system about figuring out which target to accomplish first, second, third, etc.

Once you know what your first target is, all you have to do is accomplish that one certain thing.  You don’t have to loose thirty pounds, all you’ve go to do is achieve every target and the mission will complete itself.

This is pretty much the goal achievement method of the military.  It’s what we use in the hospital, it’s what the infantry guys use, it’s what the Special Forces guys use, everyone uses it.  Whether you’re trying to capture an enemy combatant or just accomplish a personal goal, this is the best way to do it.

One thing that comes up during missions, and when figuring out what your targets are, is the discovery of secondary targets, or secondary missions.  Keeping with the above example, let’s say that you mission is to lose thirty pounds, but let’s say that your secondary mission is to have a toned stomach.  (Another example would be, say you’re hunting the leader of a terrorist force, the primary objective would be to kill the leader, and the secondary objective would be to kill his second in command, etc.)

Your secondary mission is going to effect how you select and accomplish your targets.  Let’s say that one of your targets is to go to the gym and work out an hour a day.  Going to the gym and working out works on your primary target, but if not done appropriately it won’t help out with your secondary target.  So at the gym, a way to set yourself towards success in both would be to, when working out at the gym, do a series of exercises that focus on calorie burn and focus on building stronger abdominal muscles.

1)   Write down what your primary mission is.

2)   Select a series of targets that need to be reached in order to accomplish your mission.

3)   Use the CARVER system to see which targets are of the most importance.

4)   Decided if there’s a secondary mission.

5)   Figure out what primary targets correspond with secondary targets that would help with the accomplishment of the secondary mission.

Looking for a good book on military targets and goals? Then check out the book “Unleash the Warrior Within,” by Richard Machowitz. It’s one of my favorites!

5 thoughts on “Target VS Mission: Smaller Goals VS Larger Goals”