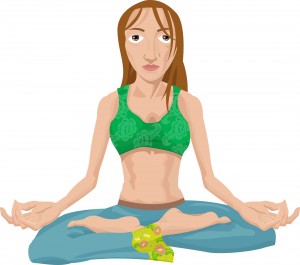 Post Traumatic Stress Disorder (PTSD) is a serious condition that affects individuals who have experienced some sort of serious trauma. It can develop soon after the individual has experienced it or months after the fact. Many individuals will notice that their symptoms subside after about three months. However, not everyone will. Those who do not experience any relief after this amount of time may end up being diagnosed with long term Post Traumatic Stress Disorder, which can last for many years. There are various forms of treatment available to those with PTSD. One that is gaining notoriety is yoga. Below, we will discuss how the popular exercise can help soldiers with this particular anxiety disorder.

Yoga is an effective way to decrease both mental and physical stress, hallmark symptoms of PTSD. The use of meditation, relaxation, breathing and stretching works to ease the mind and the body. It also helps soldiers deal with traumatic memories which tend to haunt the sufferers of post traumatic stress disorder.

Yoga is lauded for its ability to help soldiers develop techniques that will help them relax when they begin to feel a great deal of stress. This can come in handy when a soldier starts to experience flashbacks and stressful emotions. It is believed to be effective, in part, because the practice is grounded in principles very similar to therapy. The mind-body connection that yoga emphasizes is especially beneficial to soldiers suffering from this condition.

When the body suddenly comes under stress, the flight-or-flight mechanism is triggered. A person will either run or stick around and fight. When an individual has been traumatized, their flight-or-flight switch may become stuck. A person will subsequently, continually feel stressed physically, mentally and emotionally. They will always feel like they are under attack or in danger. This can be quite distressful and damaging overtime. Yoga is one method that has proven to help regulate the automatic nervous system so that it is once again normalized.

Yoga has proven to be such a powerful weapon in the fight against Post Traumatic Stress Disorder, that the army has adopted it as a formalized way to treat it. Walter Reed Army Medical Center has been using yoga to treat its soldiers since 2006. They offer it because it works and is a safe and gentle approach to treatment and care.

While yoga as a treatment option for PTSD won’t work for everyone, it can be very effective for many individuals. Those interested in giving it a try, can do so by purchasing a yoga program or taking classes.

Check out parts one and two of the series.

Part 1: What is Yoga

Part 2: How to Incorporate Yoga into Your Daily Life

Part 3: How Yoga Can Help Soldiers with PTSD

5 thoughts on “How Yoga Can Help Soldiers with PTSD: Part 3/3”