In case you’re not familiar with Blackout Poetry, Blackout Poetry is the act of creating poems by blacking out words that appear in newspaper articles (or books, but typically newspaper articles). I was inspired to give it a shot after being introduced to it by Austin Kleon. I’ve got a six month subscription to The Army Times and I’ll be experimenting with it throughout the next few months. 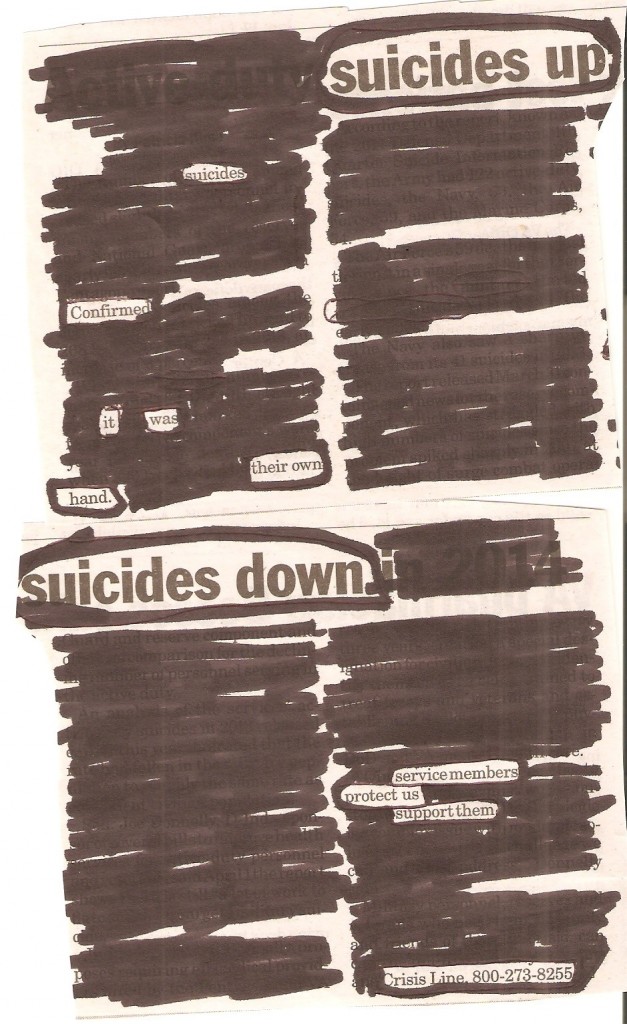 This was an article that appeared in the April 13th 2015 edition of The Army Times. The article discussed veteran suicides across active duty and reserve/national guard soldiers. In 2014 suicides decreased for active duty soldiers but increased for reserve soldiers. With 22 veterans killing themselves every day in the United States (we’ve lost two to suicide from the unit I served with in Iraq) this is a serious issue that needs to be addressed. I tried to boil down the article into its major points and through the redaction process I came up with the poem pictures above (and transcribed below).

it was their own

To learn more about the war-time military experience check out the following book: