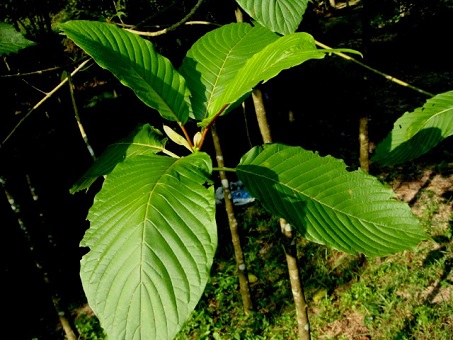 PTSD and the herb Kratom

In this day and age of pharmaceutical giants peddling a new drug every week and then spending the next several decades in court over litigation related to the drug, it’s hard to trust some of these medications. However, with the growing boom of home remedies and homeopathy more and more people are turning to natural cures. While some of these remedies for pain and other issues are still illegal or require a very specific prescription, there are other options on the market to help relieve suffers. Kratom, for example, is one of these newer natural remedies.

Kratom, is a leafy plant indigenous to parts of Southeast Asia. This plant is often used for pain relief and to reduce and assist with the withdrawal symptoms from opioids. Kratom works in a very similar fashion to morphine. While the plant is chewed recreationally it does not produce heavy psychoactive or other major side effects. Additionally Kratom use has been tied to an increase in overall mood. Typical users in Thailand have been said to start around 25 and continue through the rest of their lives.

While general use of Kratom doesn’t produce major side effects, chronic use has been known to lead to such things as:

Additionally the addictive properties are not fully known but reports of those who inject opioids becoming addicted to Kratom have been noted.

Currently there is little to no studies related to Kratom as its use is only just now becoming more prevalent. To add insult to injury many countries have taken legal action in regards to Kratom despite no evidence for or against its use. It is believed that many of these countries are over-reacting due to archaic and draconian beliefs related to similar substances. There are even those that believe the regulation and overzealous reactions are tied to extensive funding from pharmaceutical entities in an attempt to continue to monopolize the health care industries. While some of these beliefs are unfounded the truth of the matter is currently Kratom, its effects and use are not fully understood by the scientific community

Compared to most PTSD or other anti-anxiety drugs, Kratom shows considerable promise in the treatment and management of the condition. While, like many psychological conditions, it will not cure the user it does allow them to retain a normal life while getting treatment. Unlike typical pharmaceutical treatments that can have a range of devastating side effects from agitations, hallucinations, or even increase in suicidal thoughts, Kratom is by far a greater option. However, as mentioned further study is still required, Kratom currently tends to work far better and have lesser side effects compared to traditional treatments. Most users describe the feeling as being in the moment. The past and future become irrelevant as you only focus on the here and now. It allows you to let go of any past trauma or any future worries. You only think about what needs to be done to improve your current situation. For people with PTSD this can be like coming out of a fog on a dark, overcast day to a world full of sunlight and smiling faces.

As mentioned Kratom does not cure psychological problems like PTSD however, it does allow its users to better work though their past traumas objectively. This allows them to better understand the core of the trauma as well as address any potential underlying issues without the inherent anxiety or fear that is often prevalent when addressing the trauma. Compared to pharmaceutical remedies that, as mentioned, can have severe side effects in addition only help to mitigate issues tied to the trauma not help deal with the drama; it’s no wonder that some people believe the pharmaceutical industry is behind the blacklisting of this herb.

PTSD is a complicated psychological ailment with ties to other related psychological issues such as, anxiety, depression, suicidal thoughts, etc. Dealing with one element of this all-consuming condition is akin to replacing the flat tires on a car with a busted engine. While pharmaceutical treatments do help mitigate some of the issues tied to PTSD they often only cover one maybe two per individual drug. In many cases people end up having to take 3 or more different drugs just to try and live some semblance of a normal life. Kratom, on the other hand deals with a lot of the issues tied to PTSD, while both causing minimal adverse effect as well as enhancing standard therapeutic treatment. Despite the misinformation campaigns and misguided anti-drug laws Kratom deserves a fair shot if for no other reason than to provide the peace of mind that all PTSD suffers long for and many cases outright deserve.

8 thoughts on “What is Kratom? And how can it help veterans with PTSD?”