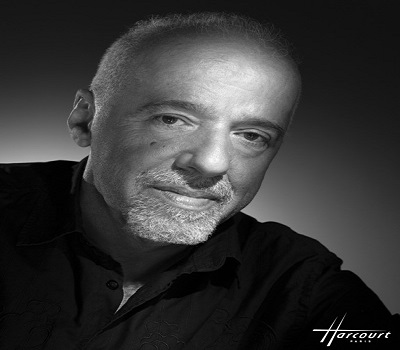 Hey!  I was reading through an old Paulo Coelho book that I had lying around the house and I came across a passage that I wanted to share (no context is really needed–and emphasis added is mine):

“Yes, the answer lies in some words written by the Jesuit Teilhard de Chardin, the same man who said that our world is surround by a layer of love.  He said: ‘We can harness the energy of the winds, the seas, the sun.  But the day man learns to harness the energy of love, that will be as important as the discovery of fire.'”

“And you could only learn that by going to a war zone?”

“I’m not sure, but it did allow me to see that, paradoxical though it may seem, people are happy when they’re at war.  For them, the world has meaning.  As I said before, total power or sacrificing themselves for a cause gives meaning to their lives.  They are capable of limitless love, because they no longer have anything to lose.  A fatally wounded soldier never asks the medical team: ‘Please save me!’  His last words are usually: ‘Tell my wife and my son that I love them.’  At the last moment, they speak of love!”

“So, in your opinion, human beings only find life meaningful when they’re at war.”

“But we’re always at war.  We’re at war with death, and we know that death will win in the end.  In armed conflicts, this is simply more obvious, but the same thing happens in daily life.  We can’t allow ourselves the luxury of being unhappy all the time.”

“I need help.  And that doesn’t mean saying to me, ‘Go and hand in your notice,’ because that would only leave me feeling even more confused than before.  We need to find a way of channeling all this, of allowing the energy of this pure, absolute love to flow through out bodies and spread around us.  The only person so far who has helped me understand this is a rather otherworldly interpreter who says he’s had revelations bout this energy.”

“Are you talking about the love of God?”

“History will never change because of politics or conquests or theories or wars; that’s mere repetition, it’s been going on since the beginning of time.  history will only change when we are able to use the energy of love, just as we use the energy of the wind, the seas, the atom.”

“Do you think we two could save the world?”

“I think there are more people out there who think the same way.  Will you help me?”

“But that’s precisely what I don’t know!”

{{This passage really spoke to me when I initially read it–I came across it because I had it highlighted–and it spoke to be again finding it all these years later.  Originally, I had read the book that the passages comes from (The Zahir) while in Iraq, and that passage was filled with so much truth.  Especially this part: “”…people are happy when they’re at war.  For them, the world has meaning.  As I said before, total power or sacrificing themselves for a cause gives meaning to their lives.  They are capable of limitless love, because they no longer have anything to lose…..””

It’s 100%.  War is and was hell for me, and all of us who served, but the truth was that even amongst all the bullshit that comes with a  deployment, we were all also (for the most part) happy at war.  The world does tend to have a little more meaning while you’re at war, while you’re so close to death and know it.  I worked in a hospital in Iraq and all of us who worked in there dealt with death on a daily basis and I can tell you from first hand experience that it’s true: “”A fatally wounded soldier never asks the medical team: ‘Please save me!’  His last words are usually: ‘Tell my wife and my son that I love them.’  At the last moment, they speak of love!””