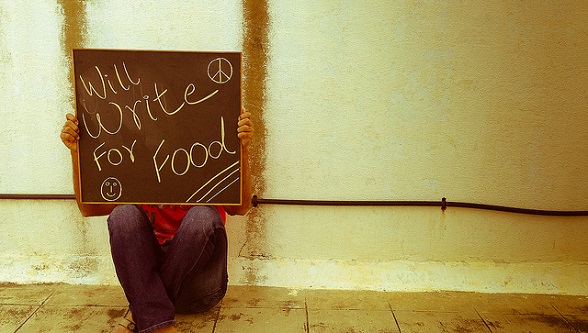 As many of you know, I’ve been enrolled in an MFA program for creative writing for the last year and a half. I’ve started my final semester now and will be graduating this summer. And now that things are working their way towards an end, I thought I should address the question that had been banging around in my head a year and a half ago: Is it worth it to get an MFA in creative writing?

Is there anything that you can get out of an MFA that you can’t get out of a good writer’s group? No. Absolutely not. (Well besides the degree, if you’re looking to teach, but let’s assume that you’re getting the MFA just to be a better writer and not a teacher.) The problem is that there’s no chance of finding a good writing group outside of an MFA program—let me clarify, there are good writing groups, but most of them are run by people with MFA’s and they usually include people who already have MFA’s. If you go out and look at the average writing group, you’ll see a handful of people who are engineers, dentists, homemakers, lawyers, janitors, people who want to be writers, but most often lack the commitment and passion necessary to truly make a worthwhile effort at becoming a successful writer.

This doesn’t mean that an engineer or dentists can’t be a writer too, or that they can’t become a writer … Charles Bukowski was a postman, Tom Perotta was an English teacher, but what you get in an MFA is training, and access to a group of writers who are more committed and passionate towards writing than the average person.

I’ve been to other writer’s groups. Plenty of them. They’re simply not at the same level, in commitment or quality.

I’m reminded of an article by two researchers who wanted to find out why some firefighters were better at their job than other firefighters. After pouring over all their research it turned out that the best firefighters were the ones who went out for beers afterwards with their fellow firefighters. And why did this make them better at their job? Because when they were out drinking they’d tell stories, “One time when I was in a fire … I did this…” “…and another time I did this…” That was the biggest difference. And it wasn’t about getting drunk, it was just that the best ones were constantly learning, even while getting drunk. It’s the same for our fellow writers. We go out and talk and tell stories, “this worked for me for character arc,” “this didn’t” etc.

So, again … is it worth it? Yes, absolutely. But can you still get the same benefits without the time and money? Yes, of course you can. For me though, it’s all about stacking the odds.

2 thoughts on “Is It Worth It To Get An MFA In Creative Writing?”