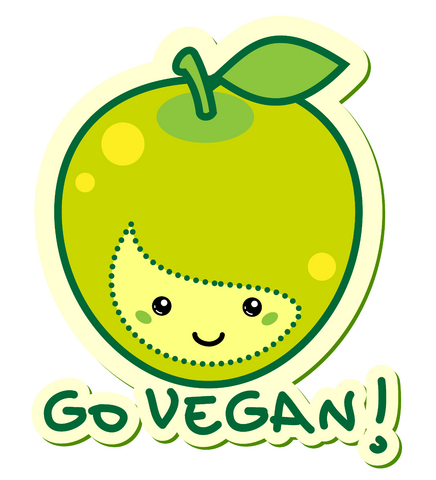 Several months ago I released a series of “Vegan Comedian…” videos on YouTube, and in these videos I did what could only be correlated to as “Standup comedy.”

The so called “jokes” that I came up with were meant to poke fun at vegans and meat-eaters alike:  “Vegan Alcoholics,” “Vegan Abortions,” and “Rotten Meat,” all the videos addressed awkward, and bizarre conversations that I’ve had over the years.  (None of them by choice.) The idea behind the videos was to lampoon the dynamics between vegans and meat-eaters—and I thought a corny, try-hard, hack, standup comedian would be a fun medium to use.  I added in the fake lack track to make it more fun, and I timed it just a second off just to add to the cringe-factor.  It was all in good spirits.

In the description of the video I had a little paragraph stating that it was filmed with a laugh track and that it was just for satire purposes, and then I added in a list of real comedians who also happen to be vegan.  Originally, the videos were titled “Live Performance – The Vegan Comedian…” but combined with the laugh track, it became too obvious, and there were other versions were I really hammed it up for the camera, but those didn’t work either.

I am a vegan; however, I am not a “Live out Loud,” vegan.  I do write articles, and post videos, about veganism, but in real life I often don’t talk about veganism.  None of my friends even knew I was vegan until several months afterward.  In fact, the majority of the time that I do talk about vegan/vegetarian/pescetarianism is when I’m talking to vets about how a healthy diet can help with PTSD—other times are when I’m specifically asked, or when I think someone’s experiencing a problem that a vegan/vegetarian diet could address (cue research on diabetes, heart disease, etc).   But over the years, as stated, conversations have happened—as they do to every vegan, and meat-eater, alike—that I thought would be fun to talk about and parody.

Anyways…people are watching the videos and thinking they’re real—that I’m some guy really trying to be a comedian, and that I added in the laugh track to pull one over on people.  The intent was to create this type of ‘try-hard, hack comedian’ but I figured that people would watch the videos, maybe think a little about the meat-eater/vegan dynamics (from both sides); laugh a little; cringe a little, then read the description and be in on the joke.  The videos came out exactly as planned; the only thing I didn’t plan on was that so few people would read the video descriptions.  One video has gone viral on Reddit (twice) and the three videos combined have been shared over 3,000 times and have gotten over 150,000 views.  Go figure.  People think they’re real—or created with real standup comedy intent.

In the last week I’ve gotten a dozen emails from angry people (actually a majority of angry comedians) saying things like: “You suck.  You’ll never make it as a comedian using a fake laugh track.”  And let’s not forget All-Captials-Guy: “I’VE BEEN DOING COMEDY FOR SIX YEARS.  YOU’RE A HACK AND YOUR STUPID VIDEO HAS MORE VIEWS THAN ALL OF MINE COMBINED.  WE ALL CAN TELL THAT YOUR [sic] USING A LAUGH TRACK NO ONE’S BUYING THAT IT WAS A REAL AUDIENCE.  WE’RE LAUGHING AT YOU NOT WITH YOU.  FUCK YOURSELF YOU STUPID VEGAN.”

And then of course there are the other comedians who tried to ‘trip me up’ or ‘catch me in a lie.’  I got three emails from comedians asking questions like, “Great audience, bro.  Where were you?  I’ve been doing standup for years and haven’t had a crowd like that.  Who was head-lining, bro?”   Obviously they think I created the videos for real and they’re trying to catch me admitting to using a laugh track (With these emails I had fun and typically answered back something like: “Wow.  Thanks for the email, bro.  You’re right the crowd was awesome that night.  I can’t believe the great response…” you get the idea).

I did get a couple of emails from people who had originally commented angrily on Reddit, then had read the video description and sent me an email:  “Hey, I posted an angry comment on reddit about your video (I never comment but your video got me so angry) but I read the description after I had shown it to a few friends and I’ve got to say you got me.  I total bought it.  Part of me wants to comment on reddit and let everyone know and part of me wants to just keep it going.  Great job…”

Anyways… it’s a fun joke, people are responding to it in funny and interesting ways, the only reason I’m even mentioning anything now is because of the emails I’ve gotten regarding it.  I get dozens of emails every week from veterans and family members of veterans looking for help and when I have to take time out of answering those emails to answer these, that’s where I draw the line with the joke.