My name is Jan C Scruggs, Founder and President of the Vietnam Veterans
Memorial. 30 years ago, I helped build the Vietnam Veterans Memorial. This
monument healed millions with the engravings on a black granite wall.  Now, I am taking those names and putting a story and picture behind it in a new museum on the National Mall in Washington, DC; the Education Center at The Wall.

The Education Center of The Wall will change the people who visit it. For the
nearly 40 percent, of visitors who weren’t even born when The Wall was completed, it will transform the long list of names cut in the smooth black
granite. Instead of simply names visitors will see the faces and know the stories of the 58,000 heroes who made the ultimate sacrifice during the Vietnam War.

Through interactive exhibits and primary source materials, visitors will be able to better understand the profound impact the Vietnam War had on their family members, their home towns, their communities and the nation. Visitors will understand the importance of The Wall and the role it continues to play in healing the deep physical, emotional and societal wounds left by the war.

One of those interactive exhibits is called the Call for Photos. VVMF is trying to collect every single photograph of each person on The Wall. People are sending us photographs daily, along with personal remembrances. Here is one we received yesterday. It was written for Charles Perkins from Barbara: 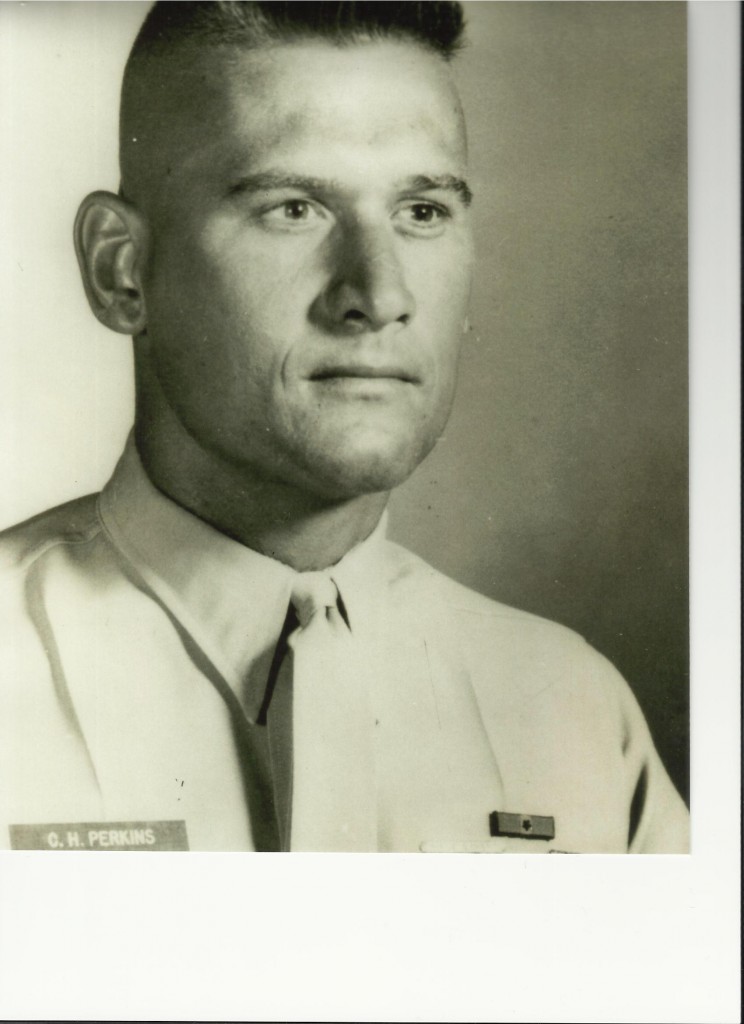 “He was shot on Hill 861 on March 28, 1968 while patrolling the perimeter. He was dusted (taken by helicopter) to the U.S.S. Repose where he was operated on some 34 times, given too many blood transfusions to count and he died on May 17, 1968. Chuck was a wonderful man and always a Marine first. He was respected by his peers and his troops as well. He loved everything about life, loved boating, fishing and long walks on the beach. I have heard from so many people over the years and all so nice. A Dr. who cared for Chuck on the U.S.S. Repose called me and told me how hard he fought to come home but it was not to be. He was the love of my life and I will always miss him.”

Barbara and Charles were engaged just before Charles left for Vietnam.

In order to raise the rest of the needed funds so we can break ground, from now until Veterans Day, the Vietnam Veterans Memorial Fund (VVMF) is issuing a Service Branch Challenge. The challenges each of us to support the Education Center and show pride in one of the branches of the service.

General Barry McCaffrey, USA (Ret) has agreed to lead the charge for the US Army, in their efforts. “The Education Center at The Wall will be a place where our fallen comrades and their stories will live on forever,” said McCaffrey. “I’m proud to lend my support and encourage those who love the US Army to get involved. Supporters of the Army are already leading the way, and have donated more than $21,000. I challenge leaders of the other branches to step up to try and catch us.”

Join Gen. McCaffrey and me in some good natured competiveness and help us remember the legacy of service made by all 9,000,000 million men and women who served with the Army, Navy, Marines, Air Force, and Coast Guard during the Vietnam War Era.

President and Founder of VVMF