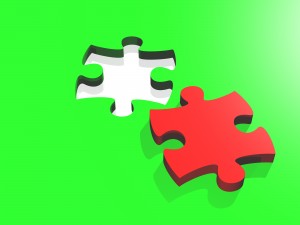 Group movements are important in politics because of the following reasons:

When the power of the group is unleashed, governments can do very little about it. They will have to abdicate or do what the group wants.

On the other side, it may take decades until group movements become strong enough. The process is slow. Politicians can afford to ignore them for a while.

#2: Politics were designed to lead the masses of people.

Politics are all about leading groups of people. Every person in politics tries to appeal to the highest number of people. This is why even those who are really smart have to talk dumb ideas. Politicians want people to be caught in the enthusiasm of their personality and vision. Everything rational is ignored.

All group movements happened in history because people didn’t have enough to eat. They didn’t happen because of the suppression of people’s rights or freedoms alone. Group movements are not motivated by freedom even when they claim to want freedom. “Milk and honey” is the promised land.

#4: All group movements ignore the idea of an independent individual.

Group movements promote enthusiasm over self esteem and blind faith over rational thinking. People are also influenced by the opinions of the people they associate with. This process attracts even more people in the group.

#5: Control the rules of the group movement and you will control the people’s mind.

Group movements start with the idea of creating a better future. People are running from their miserable and meaningless lives. They want to be part of something exciting. They want to believe in something bigger than themselves.

Their sense of self is dissolved into the self of the crowd. The rules of the crowd become their own rules. They will protect the group and further the group’s agenda. This is why the leader who controls the group controls the people’s mind as well.

The above ideas tell you why group movements have such an immense power in politics. Group movements shape societies. They are formed out of irrational individuals who don’t think for themselves. Everyone is susceptible to the influence of a group movement.