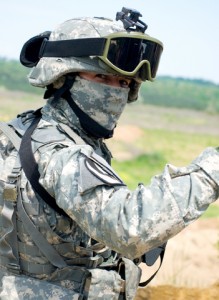 So, Defense Secretary Robert Gates just announced that troops will be in Afghanistan until 2014.  He announced this on the same day that a Rasmussen poll came out and said that the majority of American’s wanted a withdrawal from Afghanistan within a year (31% wanted an immediate withdrawal).

Here’s what I don’t think people understand about the military.  Even after 2014, all the troops won’t be gone.  American military troops will most likely be in Iraq and Afghanistan for decades and decades.  We will never pull out all of our troops.  It just won’t happen.  We need a base in the Middle East and there’s no way in Hell that the military is going to allow ourselves to give up that position.

People can debate all they want about why we’re in the Middle East.  But the fact of the matter is we’re already there, and there’s no way we’re going to give up one of our strongest strategic positions.  Hilary Clinton said it herself in December.  She said that while she knows there’s low public opinion on the wars, public opinion isn’t going to change what they’re doing.

“I’m well aware of the popular concern, and I understand it,” she said. “But I don’t think leaders — and certainly this president will not — make decisions that are matters of life and death and the future security of our nation based on polling. That would not be something that you will see him, or any of us, deciding.”

Face it, unless we lose drastically like in Vietnam, we’re not leaving anytime soon and Hilary Clinton said it herself, they’re not going to allow public opinion to sway their stance (even if 72% did support a withdrawal).

4 thoughts on “New Poll: The Majority of American’s Want U.S. Troops Out Of Afghanistan”